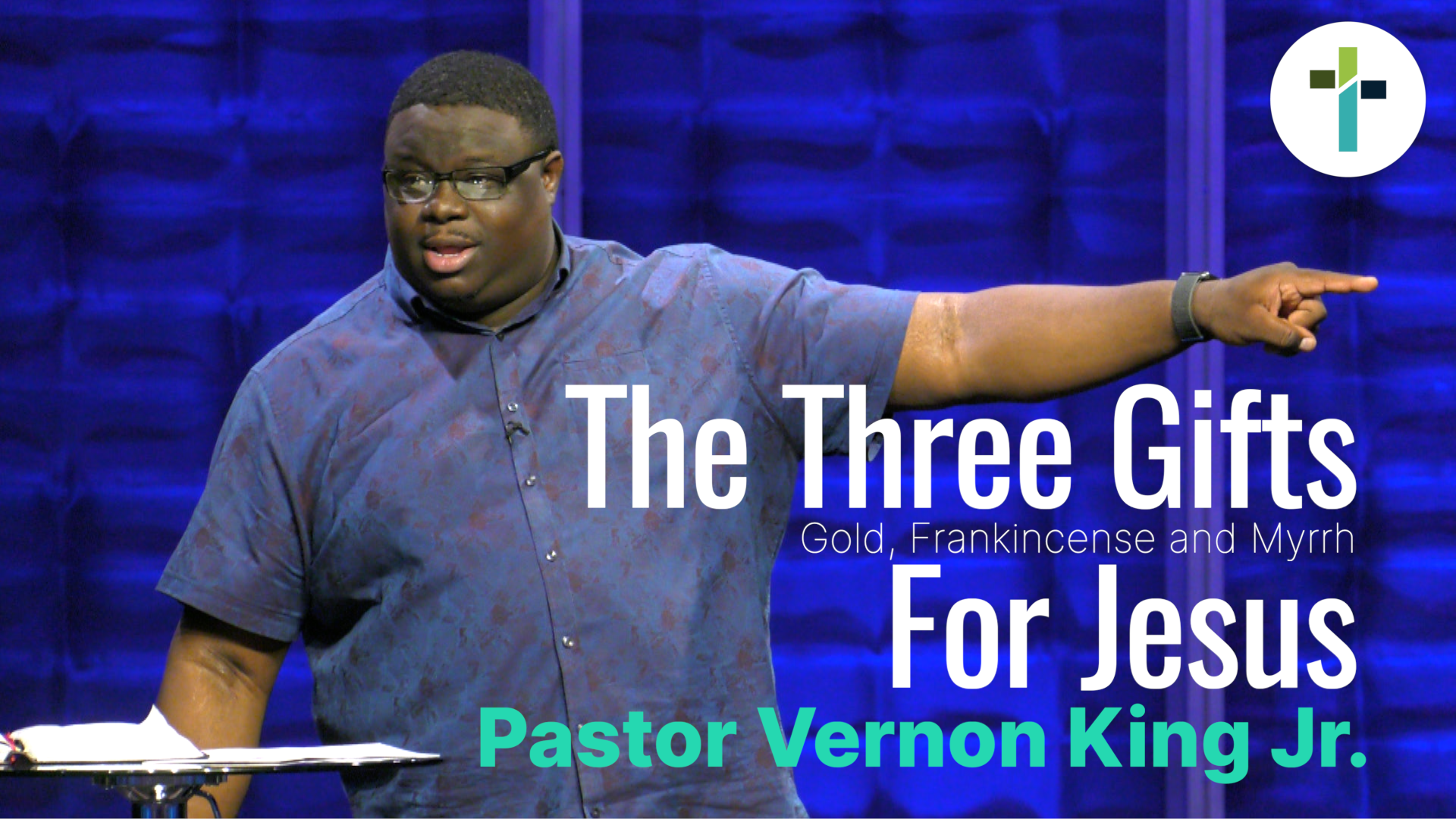 Okay, just a few minutes as we wrap up this Christmas story program. I, um, was just praying. I was like, Lord, okay. We tell the same story every year, your birth, and it’s a great story. I think a lot of people understand and know the story of Jesus, but when I tell you he had me running all over my. On, uh, what he, uh, just spoke to me and that I know is going to encourage all of you.

[00:00:49] Thank you for everybody in this room. We thank you for how you just used the kids up here. They could be anywhere, but they’re in your house this morning serving and worshiping you. So Lord, we just thank you. Thank you for your word that you’re gonna minister today. I pray that it penetrates the hearts and minds of your people and that we will be encouraged, ready to bring you and your kingdom, the glory cuz you deserve it all.

[00:02:18] As I was reading, I was just sitting there going, how in the world is a king so great disturbed about what three people are saying? I’m sure there was all kinds of rumors or kings and and this and that, and God had just revealed something to me that had me, again, running all over my. I had to do a study of the Wiseman.

[00:04:24] And the Bible says none of them could interpret the king’s dream. Everybody say, but there was someone who could. The Bible says in Daniel chapter two, verse 13, the decree was issued to put the wise men to. King Neesa was so mad. He said, kill all the witches. Kill all the magicians, kill ’em all. They can’t interpret my dream.

[00:04:57] Kill ’em all. But there was a man that could interpret his dream and his name was Daniel. Daniel was able, able to interpret King ne Kane’s dream, and this is what blew me. After Daniel interpreted his dream, here it is Daniel chapter five 11. It says, king Nene made him Chief of the magicians, astrologers shall dances the witches, the diviners.

[00:05:49] their new boss is prophet. I kept saying, how in the world does wise men know about the Star? Know what kind of gifts to bring, which you gonna get to in a minute. It’s because they had a teacher and his name was Daniel, God’s prophet. So we fast forward and we ask ourselves, why in the world was King Hart so disturbed over three people talking about there’s a Messiah, a king of the Jew?

[00:06:22] Well, first of all, let me clarify something. The Bible never says that it was only three wise Wiseman when Daniel became their chief. Okay. About 500 to 600 years had passed until the birth of Jesus. So the wise men that came to see Jesus, they were the descendants of the of their forefathers, who Daniel was Chief priest over.

[00:08:12] That it’s not the same event we’re talking about here with the Wiseman. Actually, the Bible says the wise men showed up when he was a child. Your Bible may say, when he was a boy, he was not a baby. Yeah, he was not a baby. They had made a journey to Jesus. You may ask, well, how is he already so old? Well, when you are the wise men and you had profit Daniel teach your forefathers the.

[00:08:43] You’re excited for this event. It doesn’t matter how far you will travel the distance, it doesn’t matter how far these descendants of their forefathers were excited. You may ask me, pastor Martin, why do you like, why do you like working with the next generation so much? It’s because I love the opportunity to be used by God to impart into them because the future generations will benefit from it.

[00:09:10] Prophet Daniel accepted the call and he told them the truth about the Messiah of Jesus, and now their descendants is ready Game on. They travel, they get to the house, and then the next verse says this, and they fell down and worshiped him. Now I have to stop right here because anytime someone falls down and start worship.

[00:09:38] They’re always told to get up. Peter, they fell down and worship Peter. Peter said, Uhuh, get up. I’m not supposed to be worshiped. An angel appeared and they fell down and worshiped The angel. Angel said, Uhuh, Uhuh, get up. I’m not worthy of worship. But here we’re talking about hundreds, maybe even thousands of wise men with all these special gifts.

[00:10:05] They’re, they’re, they’re bowing. Worshiping Jesus. And in this story, nobody tells them to get up. Why? Because he is the king of kings and the Lord of lords and deserves to be worshiped. Come on. That’s good. Alright, here it is. And when they had opened their treasures, and I just want to remind you again, I just wanna remind you, we’re not talking about three people with three Grif.

[00:10:37] Three different kinds of gifts, but probably hundreds of people, thousands of wise men. That’s why Harriet was so terrified and troubled cuz he was like, how in the world is all these people here spread news of a king? And all Jerusalem the Bible says, was troubled with King Harriet. Why were they troubled?

[00:10:59] Cause they knew if, um, If King Hart sees all these people and hear about this king, oh, it’s about to be some trouble. King Hart was troubled cuz he saw the number of wise men they dated back 500, 600 years ago under Prophet Daniel’s teaching. And so they’re here in the house, they got all these gifts. And these gifts are expensive cuz you can only get ’em in certain parts of the.

[00:11:32] at that time. So these are expensive gifts. Let’s talk about ’em. The gold, because when they had opened their treasures, they presented gifts to him. Gold, Franken sin and Mer. The gold. Gold was symbolic. First of all, you built temples with gold. You built houses for kings with gold. Kings would wear gold on their body.

[00:11:56] This was symbolic that they were giving gifts to a. Jesus. The frankincense. The frankincense is a, it’s an incense, something you burn. The Bible says that God told Aaron, burn incense in the temple where you offer your sacrifice. Frankincense was an incense used when sacrificial offerings were offered to.

[00:12:29] And we know Jesus is the ultimate sacrifice. He came down from heaven, put on flesh, sacrificed his divinity in heaven for you and for me. The gold represented his kingship. The Franken sense represented him as a man sacrifice. Now my favorite part, I cried. First service. I’m gonna try not to crowd this service.

[00:13:01] The mer. Oh, the mer. Um, this is what Mer looks like on a tree. You would scrape it off into some kind of container, mix it, and what it would do when you mixed it with wine, it would relieve pain. It was like a pain reliever. Another word for MER is ga, G a L l. When you mix Ga mer with wine and you drank it, it would numb pain in your body.

[00:13:43] That’s where I start. This is where I start crying right here. Cuz if you remember in Matthew chapter 27 when Jesus was on the cross. The Bible says that they gave him sour wine mixed mingled with Gall Mer to drink, and here’s what Jesus did. He tasted it, recognized the Mer cause Mer is rich and he would not drink it.

[00:14:24] every time I talk about the mer, I fight back tears because someone was willing to go through suffering and pain for the sin they knew I would commit. You would commit, the world would commit.

[00:14:53] He was whipped, beaten crown of thorns on his head. Can you imagine the excruciating pain here? And then here, Satan, give him some mer and wine mixed together. He’ll cop. Give him some wine and Mer mixed together and they tried to give it to him. He tasted it and said, this is for my people.

[00:15:27] They gave him mer at his birth and they gave him Mer at his death. At his birth. They, they, they received it. Why? Remember, they had to travel to Egypt to escaped. They used this expense of these expensive gifts as travel funds to get to Egypt, but at his death he rejected it cuz he had you and me in mind.

[00:16:28] As I, as I walk off stage, everybody can just close your eyes and just put your hand over your heart or maybe point to yourself really quick and just say, I am loved someone,